Recently one of our girls picked up some sort of viral upper respiratory infection at a dog show she went to. We connected the dots quickly because there were a few dogs coughing at the show and exactly a week later she started coughing as well which is the right incubation period for a lot of these viruses. The virus also gave her conjunctivitis in both eyes which we had to get a prescription ointment from our vet to treat. For the cough though we used a home remedy which turned out to be very effective, not just for Ruth but for Ysera as well who also got sick with the exact same symptoms a week later.

Full disclosure: I’m not a veterinarian and there can be many causes as to why your dog is coughing, from something benign like a simple virus to something very serious like heart failure so if the cough is persistent and ongoing and your dog is showing other symptoms like being lethargic please take them to the vet! This remedy will simply soothe their throat and help their immune system to fight off the infection for a viral/bacterial type cough. 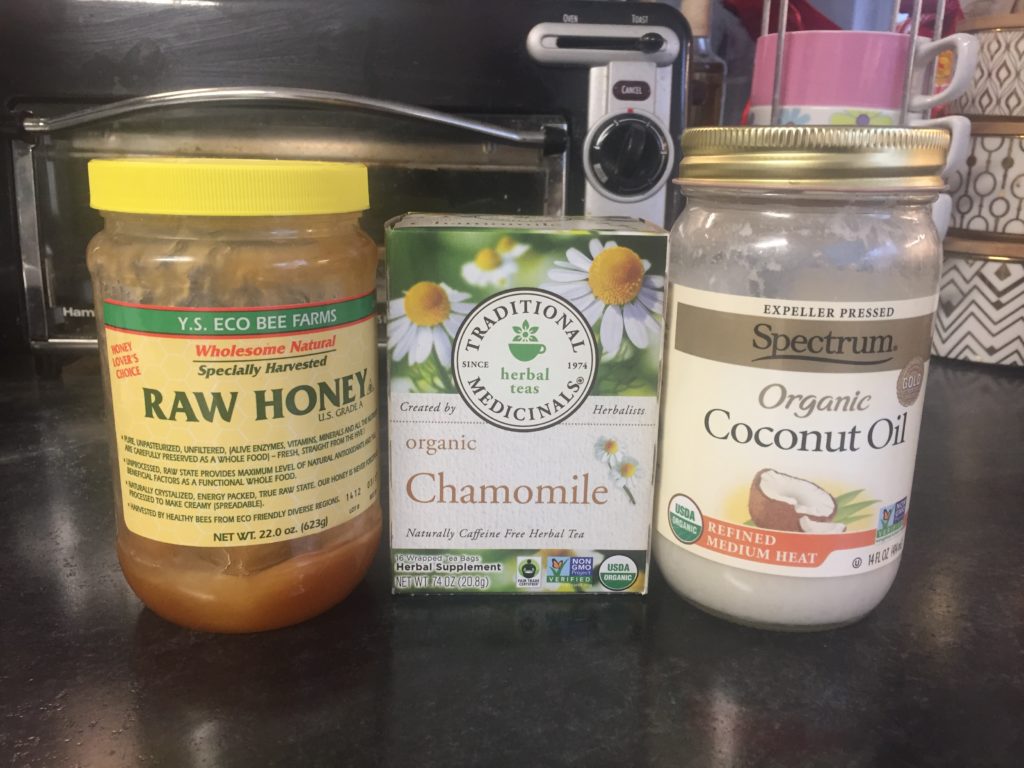 Pour a cup of boiling water into the dog bowl and put a bag of tea in, steep for about 15 minutes. While the water is still warm but not boiling hot add a heaped teaspoon of the coconut oil followed by a heaped teaspoon of honey, stir well to combine into a drink. Both the coconut oil and the honey will become liquid in warm water. Serve to your pooch! Mine loved the taste of it so I had no problem getting them to drink it.

Chamomile tea, coconut oil and raw honey all have great natural antiseptic properties and help to boost the immune system, the coconut oil diluted in warm water is also very soothing on the irritated throat.

Our Ysera had a pretty bad cough with this virus, she coughed so hard she would throw up and this remedy helped to take care of it within a couple of days.

If your dog is diabetic I would skip on the honey as it’s still a sugar so it shouldn’t be given to a diabetic dog.